The classic Australian made pokies game Choy Sun Doa is online and awaiting your enjoyment. This is one of the most loved land slot machines that has been adapted for online playing. This poker machine was first released into the Australia clubs and land casino market way back in 2002. In a recent poll this was in the top three of favorite games along with 50 Lions and Indian Dreaming. Many punters can also try for real cash but sorry no Aussies in real play only the free Aristocrat slot emulator below. Anyway enjoy and good luck; We hope the God of Wealth is coming for you!

Choy Sun Doa: multipliers & an easy to use interface equals a great pokie!

Aristocrat is known for their outstanding poker machines and online gaming experiences. Choy Sun Doa is another reason that points to the supremacy of Aristocrat as an online pokie game manufacturer. Choy Sun Doa has a great Asian setting with features that will take the player to another location and time. The mysterious atmosphere of the Orient has been captured in this new, streamlined pokie.

Choy Sun Doa offers the player a unique mix of simplicity and diversity. The display offers only three lines of pay with five virtual reels on the display. The characters are a blend of coins, Koi and traditional Asian characters. The most coveted of all of the characters is the “golden nugget”. If the player is lucky enough to see the golden nugget three times on their reel, they will enter into the Choy Sun Doa’s “free games feature”. In the free games feature the player will have the option of selecting one of five fish that represent a combination of free games and winning multipliers. The maximum for free games are 20 free games, with a Choy Sun substitution, and a maximum of one 30 multiplier with a Choy Sun substitution.

If while playing the free game a player sees a red packet in any spot on reels one or five, they will receive a multiplier of fifty, twenty, fifteen, 5 or 2. May their fortune be both lucky and large! The luck of the dragon is coupled with the ability of the player to trigger the free game feature while in a free game. However, the free games are played at the credits of the triggering game.

Choy Sun Doa pokie provides the player with the diversity of adjusting not only their credits but also their denominations. At the right and left of both the credits per spin and denominations boxes are plus and minus boxes that allow the player to find what it is the Choy Sun holds for them. Aristocrat has provided an easy to view display that provides the players bet, winnings and balances. It has never been easier to experience the Orient or more lucrative either! For real money play let us recommend RTG powered Fair Go accepting NZ and Australian players. 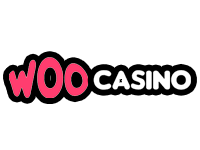